I Tried Hello Cup and Hello Liners, and This is What Happened! 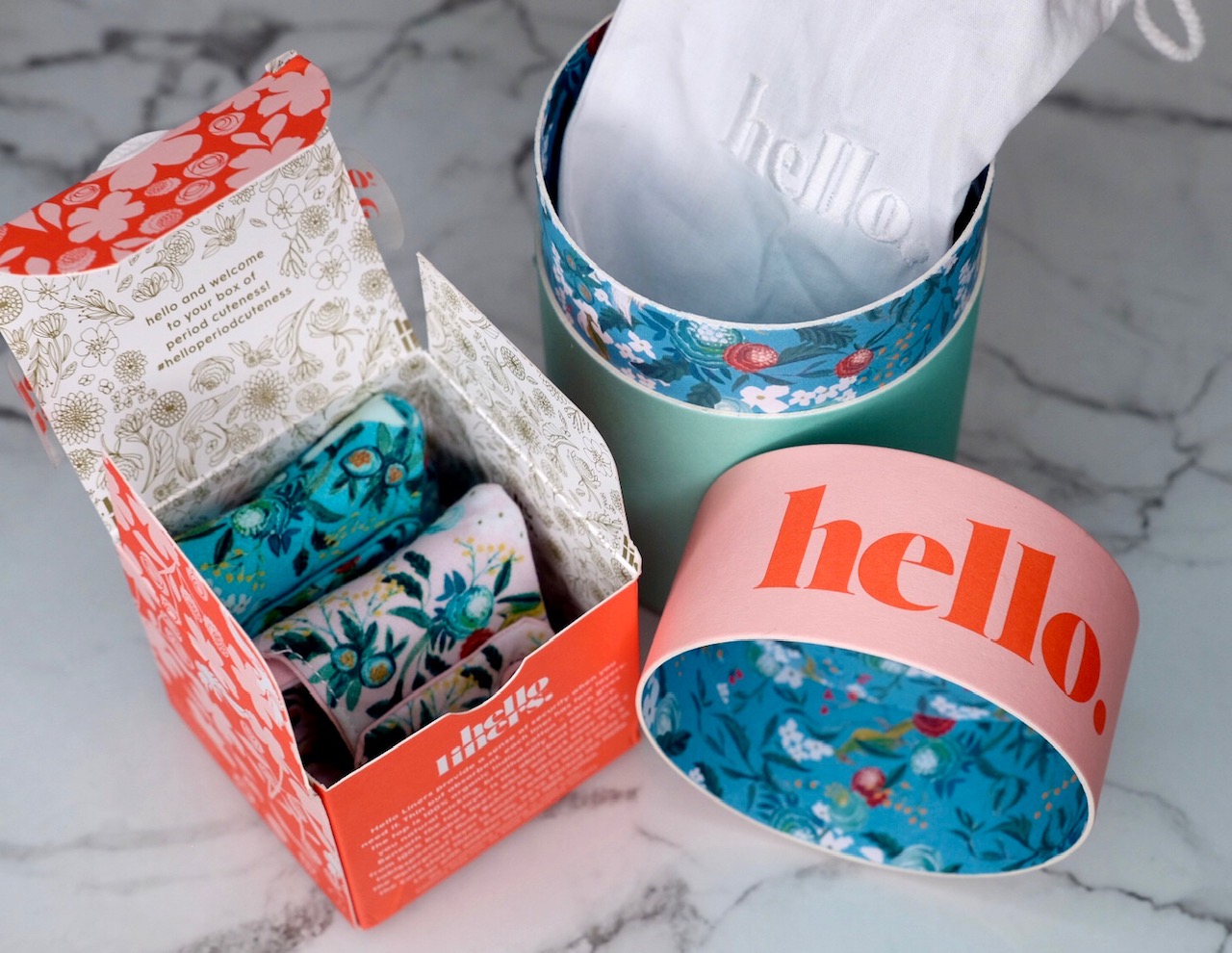 When I first posted that I was reviewing these, I was so happy with the response, which was really positive. I was nervous to talk about something we’ve never covered on Indie Mood, but you guys we’re excited to hear an honest perspective on a new product that many of you were curious about.

Hello Cup is a New Zealand based brand started by two women – Mary Bond (registered nurse) and Robyn McLean – who wanted a higher quality cup, so they designed one themselves. Unlike most menstrual cups, theirs is made with medical grade TPE (thermoplastic elastomer) which is free of silicone, rubber, latex, BPAs, and heavy metals which is perfect for people with sensitivities or allergies to those materials. I’ve never seen another cup in my cup explorations that hasn’t been made out of silicone, so I was happy to hear that they varied from that to provide another option on the market.

I’ve tried a few menstrual cups before, and my biggest issue has been comfort upon taking them out. At first, it was because the cup I had chosen was too big, but even when I switched to a smaller one, the way the rim was slightly curved out like a bell hurt like a #!@#! when I removed it. I actually found out about this brand when I was attending Indie Beauty Expo NYC in August – I stopped dead in my tracks when I saw their cup on display because it didn’t have that bell shape, it was perfectly round. I chatted with Robyn about her products, and was thrilled when she got in touch after the expo and asked if I wanted to try out their brand. Let’s be real.. thrilled is an understatement. I’m very much into body positivity and openness about periods in general, and was so excited to bring that to Indie Mood.

Sorry in advance for the Ted Talk, but I do want to get into the WHY behind cups before I move on to the reason we’re here – the review. The only reason I find it important to mention this is because of the spectrum of responses I’ve gotten in regards to switching to a cup. I’ve heard everything from fear of infection, fear of spilling a cup full of blood when out and about, to my very own ridiculous fear – the suction of the cup sucking my uterus right out of my body. I actually brought up this very ridiculous fear to Hello Cup’s Owner Robyn when I met her as a part of the nervous oversharing that takes place when I’m in large crowds, to which she very kindly reassured me would not happen. Let’s address the others. Menstrual cups are actually more sanitary and safer than pads and tampons because they’re made out of a nonabsorbent, surgical grade material that won’t disrupt your body. The risk of TSS (Toxic Shock Syndrome) is far lower with cups than with tampons. You can also safely leave your cup in for 12 hours, where with a tampon, 8 is the maximum. Here are the reasons why cups are better than pads and tampons. Unlike pads and tampons, the blood that leaves your body doesn’t mix with the air – it stays in the suction created by inserting the cup. This prevents any odor from happening. Pads and tampons absorb your body’s natural lubricant and moisture, which can cause dryness and irritation. The nonabsorbent material of the cup doesn’t affect your body’s moisture or ph-balance. Also, as long as you’r mptying your cup sufficiently, the suction created by inserting the cup virtually prevents any leaks from happening and feels like there is nothing there. Finally, and for me, most importantly, there are more than 45 BILLION (YEAH. I WROTE THAT CORRECTLY) pads and tampons that enter landfills every YEAR. Let that sink in. Imagine what 45 billion pads and tampons would look like. Let’s just say you use 10 disposable period products per month. That’s 120 a year. A Hello Cup lasts on average 5 years.. that’s 600 period products for every 1 Hello Cup. Not only is that a big environmental impact lessened, but that also saves you hundreds of dollars.

Whew. Now that we got that out of the way, let’s move on to the review. Hello Cup was also kind enough to send me their reusable panty liners, which I’d never tried before, and was pleasantly surprised. They were way more comfortable than I ever expected, and they stayed in place much better than I expected, too. They’re not sticky like a regular maxi pad, but they still have wings that fold under and snap together. They’re made out of 3 layers of material for comfort and maximum absorbency. I only used one pad for my entire period because I only wore a liner when sleeping, and hand washed it when I woke up in the morning. I hung it in the bathroom to dry, and it was dry by that night, so I wore it again. These are also way cuter than regular pads!

Hello Cup sent me 3 cups – the extra small, regular, and large. I’m currently not on any birth control, so my periods are regular, which for me is pretty heavy. I used the regular sized cup the first day, and it worked perfectly for an entire day out. There was a slight learning curve, these are inserted differently than most other cups, which is a classic C-fold. The Hello Cup is inserted using the ‘punch down’ technique. Overall, I felt that the rimless shape of the cup made it far more comfortable to insert, and I had an easier time than with the other cups I’ve tried. The one thing to keep in mind about the Hello Cup is that the material they’re made out of is slightly more firm than a regular menstrual cup, so when you insert, double check that the cup popped back out and created the suction, instead of staying folded inside your body. With these cups, I could actually feel the cup pop open, and after that, I couldn’t feel it at all. On the later days of my period, I switched to the XS cup, and I couldn’t feel it to the point that I actually forgot it was there one of the days. Since the cup is inserted differently than other brands of menstrual cups, I’m going to add this video the brand provided on how to insert the hello cup, which is super helpful.

My period lasted about 5 days, and I used the regular sized cup the first two days, and the XS the last three days. I wore the reusable pad at night when I was sleeping without any cup in, although wearing the cup to bed is perfectly fine as long as you’re not Rip Van Winkle and sleep more than 12 hours. I experienced absolutely no leaking or discomfort when wearing them and walking around. There was only one occasion on the first day where I had to empty the cup in a pinch, and I was able to remove it, dump it, and reinsert it quickly and discreetly without touching anything around me. I still have an issue with removing this cup, but it is far more comfortable than the others I’ve used mainly because it doesn’t have that bell shaped ridge around the top. I think I need more practice inserting and removing this particular cup to get a hang of the most comfortable way to remove it.

Overall, these are the best menstrual cups I have ever tried. I’m happy I’ve found ‘the one’ so I can stop testing multiple brands and just stick with these. I’m also surprised by how much I loved the reusable liners. They were so soft and comfy, while still being absorbent AF and quick drying. I’ve tried many period cups, but I’ve never tried reusable pads, and I’m pleasantly surprised. Now I have my entire zero waste period arsenal, and on top of them being functionally great, they’re also really cute.

These products were sent for review but this post is not sponsored, and all opinions are my own.

We Created Three Perfumes We Love With Nui Cobalt